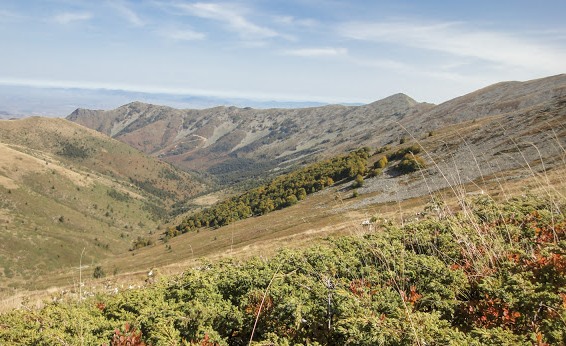 From the main ridge, in the northeastern direction, there are a dozen branches, and to the west three more prominent side ridges. Thus, from the peak Shiroko Stapalo (2415 m) to the top Pelister (2601 m) and further north to Kale (1615 m), a mountain ridge is formed in a length of about 8 km., Between the peaks Pelister and Steve (2468 m) are finds a striking ridge, which further splits into two smaller ridges in the direction of Kopanki and Yorgov Kamen (1744 m).