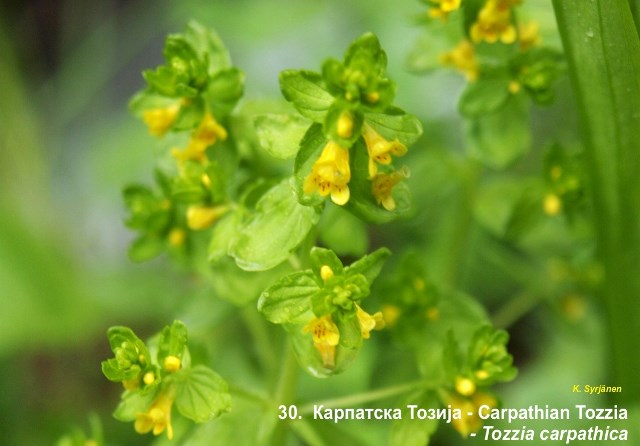 In Pelister National Park there are many florist species that have international significance (species of the World and European Red List of Endangered Species, species protected by the Bern Convention, Habitat Directives of the EU, CORINE – species, etc.

In the NP Pelister are registered several taxonomies that originate from other parts of the Balkan Peninsula and Europe, and on the territory of RS Macedonia only develop on this mountain, such as: Dianthus stenopetalus, Tozzia alpine subsp. Carpatica, Viola parvula…

Local endemics (locus classicus) or subendemites – For the first time in the National Park Pelister have been discovered and described for science over 15 taxa from the group of flowering plants, ie there are their classic sites (locus classicus): Alchemilla peristerica, Dianthus myrtinervius , Crocus pelistericus, Sempervivum octopodes.