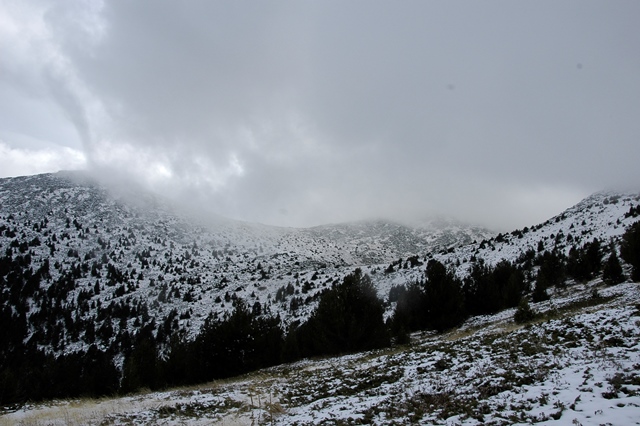 Аlthough no measurement data, the maximum expected average annual rainfall in this area should not exceed 1200 tt, at an elevation of about 1650 m. n.v.

Table 13. Average rainfall by months and periods for the measuring station Bitola

Logarithmic dependence between the elevation and precipitation has been determined with a coefficient of determination of P2 = 0.996, which means that the relationship is almost functional. Appropriate data from the stations Bitola and Kazani were used to determine the precipitation in NP Pelister for the period 1991-2000. According to the data, the average rainfall in this decade at the station Bitola (590 tt> 607 tt) and at the station Kazani (805t> 800 tt) is very close to the average rainfall for several years (1951-1990), with Bitola are smaller, and in Kazani with higher values.

Others are close to average values.