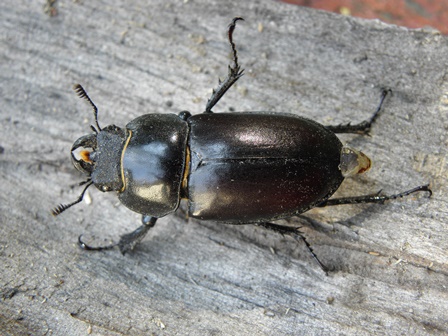 Pelister’s Coleoptera includes 14 references to 16 sites in and around Pelister, covering a total of 130 taxа from 22 families. This species does not include the species of the family Carabidae (which includes a total of 105 species), because it is more thoroughly processed below.

In the last twenty years, many individual data on Pelister have been published. During this period another interesting species from the Valley of the River Shemnica – Winklerites moraveci is described. Complete information in the scientific literature on the distribution of Carabidae: Coleoptera has been published in the last five years (Hristovski and Georgiev 2015; Hristovski et al. 2016).

According to this review, a total of 105 types of Carabidae: Coleoptera have been announced in the published literature for Pelister’s Coleoptera new research.