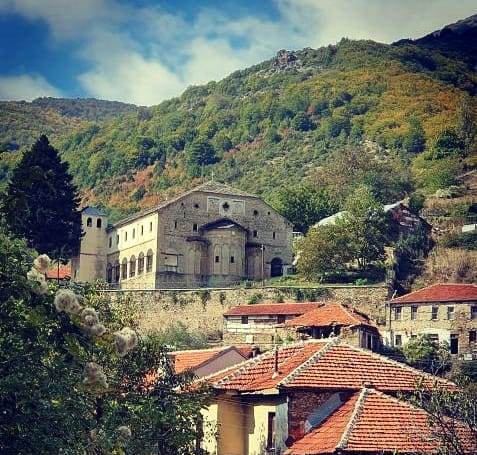 Description of the trail: the length of the trail is 14 km, and the average passing time: 5-6 h.

The trail starts from the village of Malovishta, from where, at the upper exit of the village, the river Malovishka (Shemnica) is crossed and the ascent along the Malovishka River to the source of the river begins. Then it continues to the locality Shiroka, where it intersects with the main mountain well, which leads to the Pelister Peak, and directly continues the main road to Big Lake (Golemo Ezero).

The purpose of the trail is mountaineering, recreational, and visually appealing. It climbs upwards until it joins the main road of Pelister leading to Big lake. On the plateau called Semafori, on the left you can see the top Kozji Kamen, you can see the Capary Valley, the view to the top of Pelister is in front, and right on the right there is a beautiful view of Lake Prespa.

The predominant woody species along the trail is beech and oak, and there are a number of diverse grass communities and mountain flowers. From animal species can be found, deer, bear, wolf, fox, wild boar, rabbit, smooth snake, horned viper, common adder, and many other species of butterflies and insects.

The trail is of tourist interest for the visitors of Malovishta Village and is a challenge to climb to the Pelister Peak, as the highest peak on Baba Planina. The view to Prespa, to the peaks of Baba Mountain  towards and in Greece, Lake Prespa and the Albanian mountains is unforgettable. Also view from  Pelister Peak to Bitola, Pelagonia Lowland, to Resen and the Prespa Lowland, as well as to the mountains north of Baba Planina.