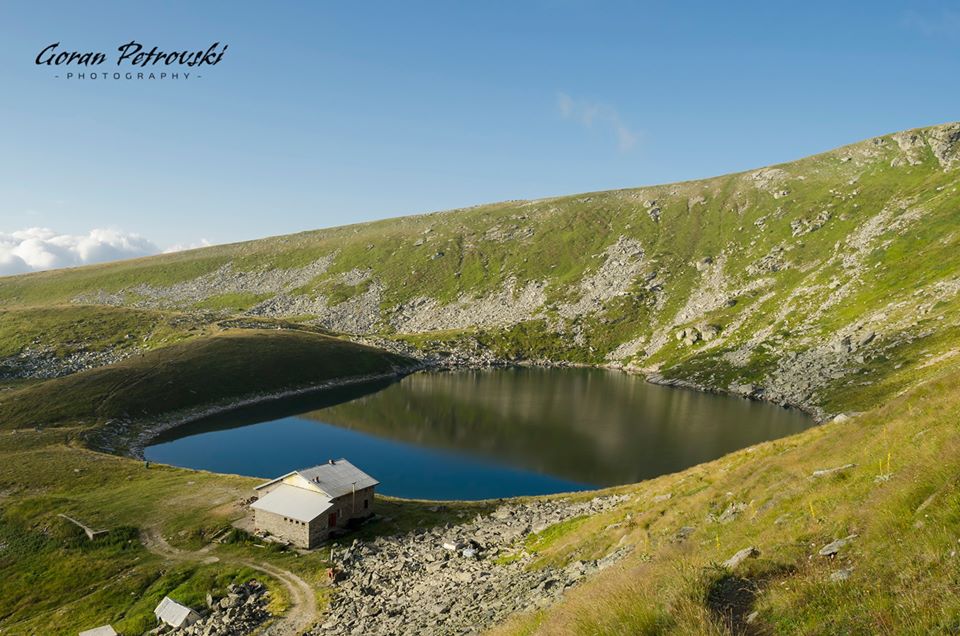 Capacity: Six big sleeping rooms wit different capacity, from 4 to 12 beds. Total 30 beds and round 20 mattresses. Possible heating on wooden stove in three rooms. There is one big dining room with large capacity and hitting in it, is again with wooden stove. For every person who will chose to sleep in the hut there are clean sheets, pillow, and woolen blankets.

Drinking water and toilet: There is a big spring of clean and cold mountain water close to the hut that never stops. Toilet is public 30 meters from the hut.

Food: There is a modest kitchen in the hut, which every visitor can use it along with diner set for eating or cooking. You can have many local spices, salt and olive oil for free, for everyone. But in order to enjoy totally in you visit, we suggest you to have Macedonian traditional food and drinks from the local villages which we can provided for you up in the hut.

Opening: During the summer months (from beginning of May, until late of October) mountain hut is always open in weekends, (and sometimes during the “off season,” and in winter, with our guides can be open extra then regular).

Electric Power: There is small generator on petrol which provides electricity in the hut (3-kw/h) and it works in the evening hours.

First Aid: In the hut there is a first aid box with medicaments for treating various injuries, allergies or other medical problems.

Important: It is strongly recommended to contact us about your plans to visit the mountain hut (especially in high season) in order to reserve sleeping room or get info about the conditions up in the hut-like water, food, electric power, weather forecast, conditions of the hiking trails and many more. See Less

Two centuries ago, the mystique of  Golemo Ezero was described in the legend of the Dragon from Mount Pelister, transmitted by the folk genius in the portrait of the great Marko Cepenko. The dragon “was born” in Nize Pole and after 40 days flew to the palace which doors were under the waters of  Golemo Ezero. After growing up there, he lived with his bride from Opticari Village who snatched her from a merry-go-round.

The first encounter with this lake at an altitude of 2,218 meters arouses admiration and stunning mystique that does not leave you indifferent. The first impression leaves a lasting memory of the strange energy that springs from the lake depths. And Big Lake, with its 14.5-meter depth, 226 meters long and 175 meters wide, looks impressive when viewed from the Peak above the lake. Water levels vary from year to year, depending on snowfall during the winter, rain and air temperature. Golemo Ezero is one of the permanent lakes of Pelister and together with Small Lake, by people are called Pelister’s Eyes. And it is with reason. Seen from above, they resemble eyes, not only in the clarity of the water but also in the shape and form of the lakes themselves, although they are about 45 minutes’ walk away in between.

The mystical attraction of Golemo Ezero was one of the reasons why a mountain lodge was built near the lake in the distant 1951/52.  The wooden interior of that building had a special beauty in which great mastery was invested and above all a lot of love from the makers… Unfortunately, the fire that occurred in this lodge in 1975 was the end of this representative mountaineering Hut.

With the engagement of the Bitola mountaineers and the help of Bitola companies and builders in the immediate vicinity of the old Hut, in 1978/79 the current mountaineering Hut with a capacity of 50 beds was built. One hundred meters below is a fountain built in 1950 by the staff of the Pelister National Park, whose first director was the doyen of the Bitola and Macedonian mountaineering Boris Altiparmak.

To reach Golemo Ezero from Bitola, you have to pass through the village of Nize Pole and the settlement “Strezevo” located at about 1.300 m. altitude. The trail leads through Debel Reed, which takes about 2.5 hours at medium speed. By the way, there are three fountains with cold mountain water that is welcome in the conditions of summer heat. The trail to Debel Rid is winding and with a stone base. In the middle of the route is the locality of Sarakacanski Kolibi, where in the past there was a nomadic village with sheep herd. The stone huts for nomadic cattle breeders have remained since then. After crossing Lag Potok, you reach a gentle plateau of about 1.5 to 2 kilometers, which leads to Golemo Ezero.

The second route to Golemo Ezero is the one that runs along the valley of the River Sapundzica, one of the three tributaries that create the River Dragor, together with Lag Potok and Crvena Reka. Unlike the Debel Reid trail, this route is longer and easier to walk. This trail is reached through the goal of the ski lift “Chuka”, and the dirt road leads along the valley of Sapundzica to the locality Durmish Cesma. From there, about a three-hour walk, you reach Orlovi Bari, two seasonal lakes that dry up in late summer. In continuation of the Old French Road built during the First World War, after about an hour of walking, you reach the desired goal, which is Golemo Ezero.

Golemo Ezero can also be reached from the side of Lake Prespa, more precisely from the Brajcino Village, and the duration of the ascent is about 4 hours. From the side of Prespa, you can also come from Pretor and Slivnica through Peak Two Tombs (Dva Groba), and there is also access by Kranska Reka from the villages of Krani and Arvati.

In addition to hiking trails, Golemo Ezero is accessible by land on a dirt road with the help of an off-road vehicle, a motorcycle and a bicycle. The length of this destination from Bitola, through Palisnopje, Shiroka to Golemo Ezero is about 40 km.

Otherwise, the visit to Golemo Ezero is the most common in the summer, especially in the months of June, July, August and September, when besides mountaineers from Bitola, frequent visitors are also mountaineers from Macedonia and abroad. During the summer, it is welcome to cool off in the otherwise cold waters of Golemo Ezero. The bravest make jumps from the rocks that hang over the water. The mystique of the area around Golemo Ezero is present especially in conditions of heavy snow during the winter months. Then, the best access to Golemo Ezero is by skiing and with appropriate winter equipment. This can be afforded by a small number of experienced mountaineers because associating with the mysticism of Golemo Ezero is a privilege only for courage and bravy individuals.

Many visitors who come to Golemo Ezero often stare into the depths of the lake, where they expect to see something unusual. Maybe because Golemo Ezero “is the home of the Dragon who lives there with his bride”, about whom Marco Cepenko has wrote. 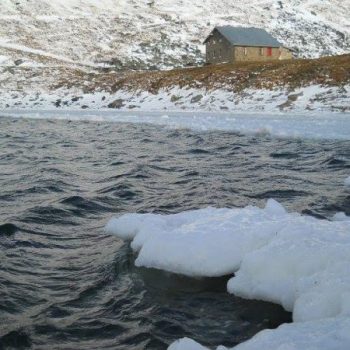 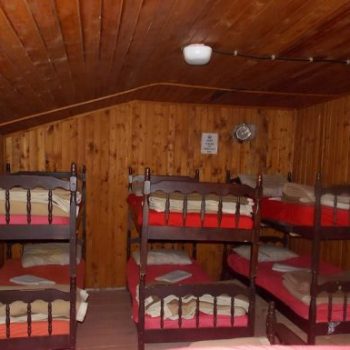 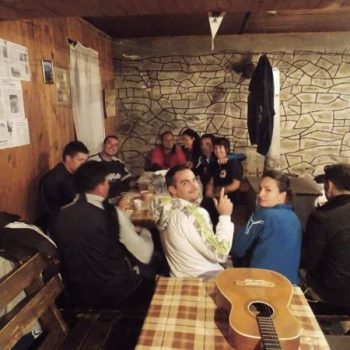 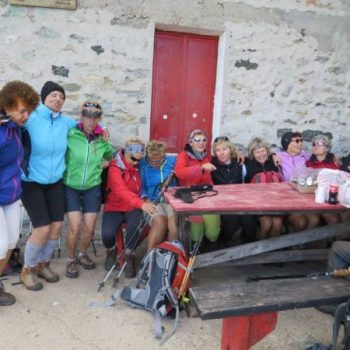 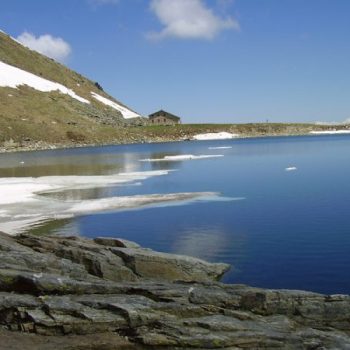 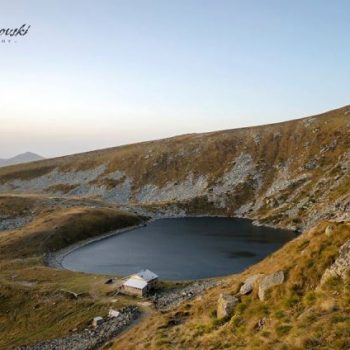 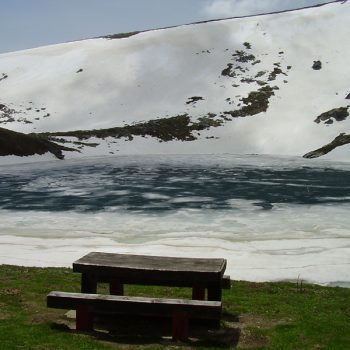 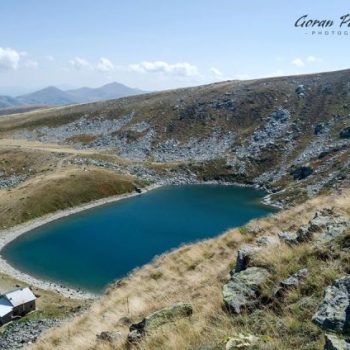 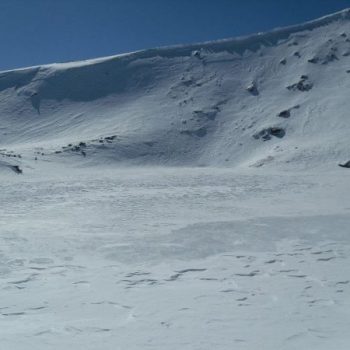 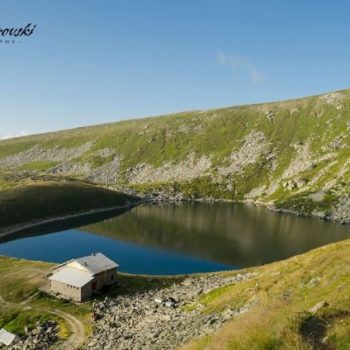 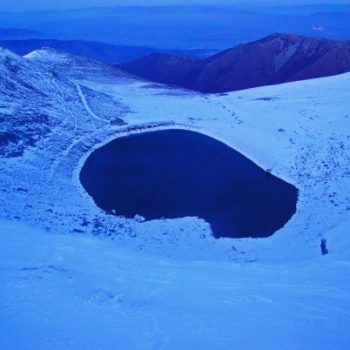 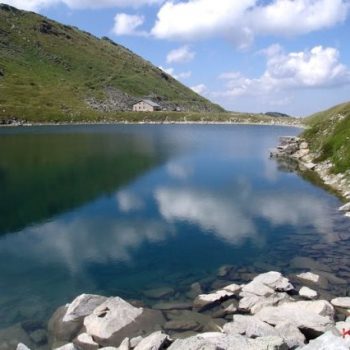 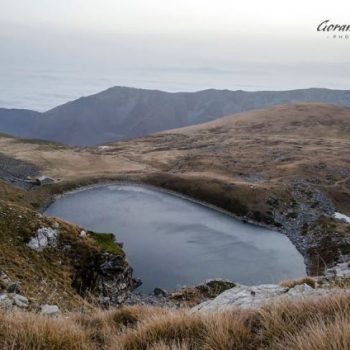 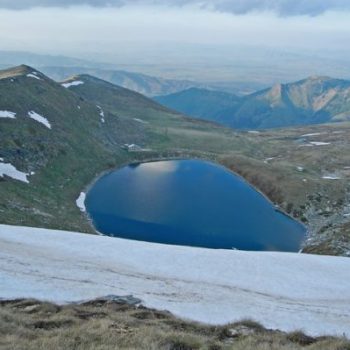 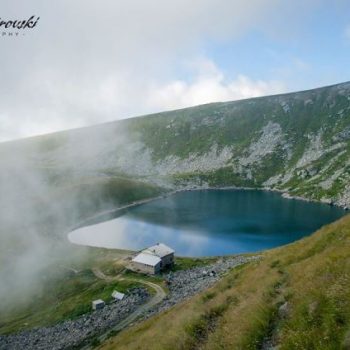 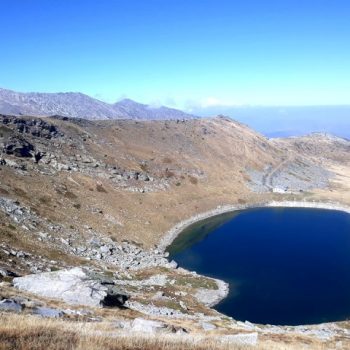 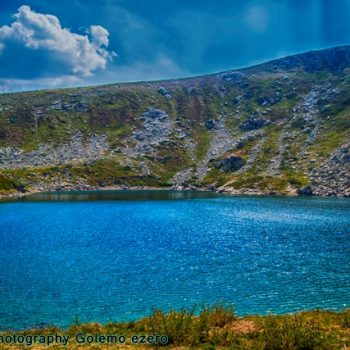