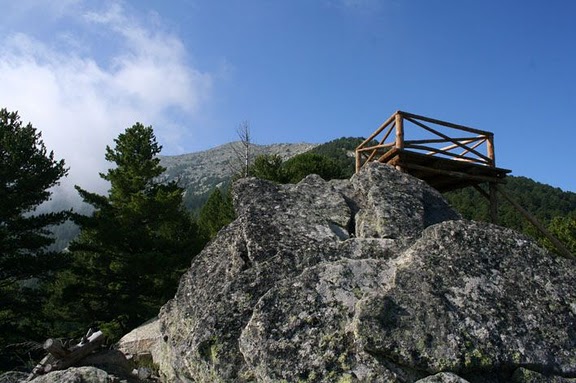 The trail starts from Hotel Molika, passes through the locality Kopanki, up trhoug the stones to Viewpoint,  along the First peak, along the Shelter, passes Second peak and ends at the Peak Pelister 2601 m altitude..

The purpose of the trail is mountaineering, alpinism and visually attractivenes, with visibility on four sides of the World, especially from the Peak of Pelister. View spresd to the Prespa Valley, the Pelagonija Valley, the Peaks of Baba Planina and the city of Bitola.

The trail is intended for visitors interested in climbing to the Peak Pelister, who also have a passion for mountaineering and alpinism. The trail is known as the Rocky Trail, as most of it passes through rocky terrain.

The trail is fully marked according to international mountaineering standards.

There is also a Viewpoint, and Shelter that can be used in case of storms.