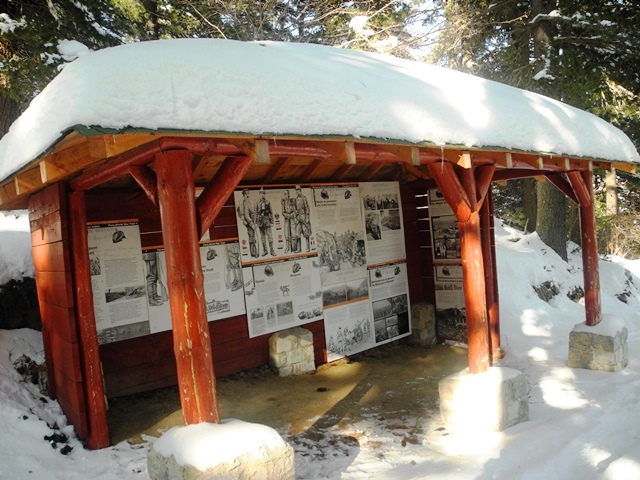 Purpose: the trail is mountaineering and hiking, intended for recreation and historical knowledge of Pelister, Baba Planina, the city of Bitola and RS Macedonia.

Attractiveness: The trail is of considerable tourist interest for visitors that are interested in the history and past of RN Macedonia. The trail is known as the Historic Trail, as it gives a historical description of the events of the First World War that took place on Baba Mountain, Pelister, Bitola and the surrounding villages of Pelister.

The trail has a number of information boards, and several covered canopies with informative photos and data, and can serve, in addition to informing tourists about the events of the First World War, and the reconstruction and description of military operations, to help visually experience the appearance of the different armie and its uniforms, weapons and equipment of the armies participating in the war, as well as picrues of local population, description of consequences of the war on the population of Bitola and the surrounding villages, as well as for many other details from that period.

It is especially suitable for performing a historical classes for WWI and for the events on the Macedonian Front (Thessaloniki Front).