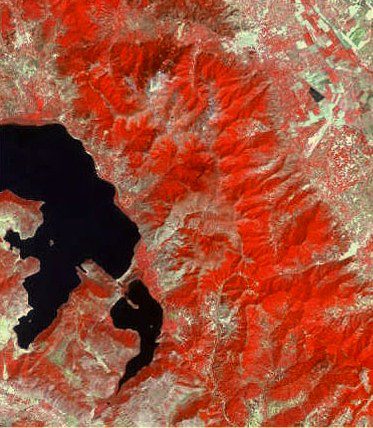 The complex and multi-phase tectonic activity of Mount Baba, as the primary structure (batholith), has resulted in the creation of secondary structures: regional and local faults, anticline and syncline.

Along the northern frame of Mount Baba stretches a regional fault, or fault zone, which in places is up to 1000 m wide. and is characterized by tectonic shores. This fault zone starts from the Prespa Basin, and through the village of Kazani to the village of Trnovo it goes from west to east. From Trnovo it deviates to the southeast and in that direction it moves to the village Krstoar, further it turns to the south and moves along the eastern frame of Mount Baba, to the state border with the Republic of Greece, from where it again deviates to the southeast. This fault on the north side predisposed to the asymmetric ridge Gjavato, and on the east side the Pelagonija Valley. A regional fault, which predisposes the Prespa Valley, runs along the western frame of Mount Baba. Today, this fault is covered with quartz material (fluvio-periglacial and deluvial), making it difficult to track its extension.

It is most pronounced in the vicinity of the villages of Dupeni, Asamati and Podmochani, where it is observed in a width of 500 m.

The high Chuka syncline is a large structure, built of green shale, quartz shale, quartzite, granite, gabbro, diabase and rhyolite. In the northeastern part of the structure, two horizontal secondary battles have been developed, the axes of which have a direction of extension northwest – southeast.

The largest secondary structure on the mountain is the Pelister anticline. It is made of quartzite, quartz shale, granite, granodiorite, green shale, gabbro and diabase. It has an asymmetrical shape with a much more pronounced eastern wing. The northern part of the eastern wing makes monoclinas, which falls quite steeply to the north.
After the valley of the Brajchinska River, the Brajchinska antiklinala appears, whose axis is transverse to the axis of the Pelister anticline.